Norway Will Divest From Coal in Push Against Climate Change – NYTimes.com
http://mobile.nytimes.com/2015/06/06/science/norway-in-push-against-climate-change-will-divest-from-coal.html 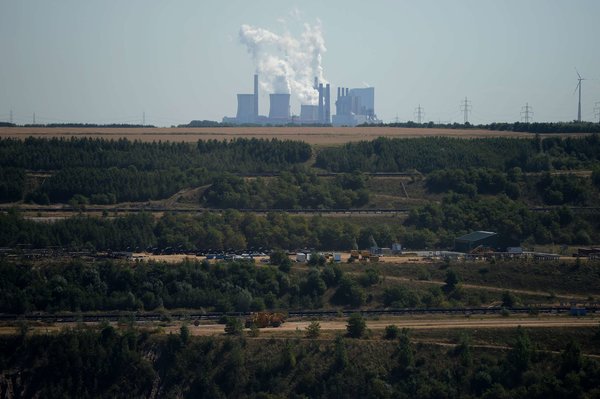 Norway’s $890 billion government pension fund, considered the largest sovereign wealth fund in the world, will sell off many of its investments related to coal, making it the biggest institution yet to join a growing international movement to abandon at least some fossil fuel stocks.

Parliament voted Friday to order the fund to shift its holdings out of billions of dollars of stock in companies whose businesses rely at least 30 percent on coal. A committee vote last week made Friday’s decision all but a formality; it will take effect next year.

The decision — which could seem paradoxical, given that Norway is a major producer of oil and gas — is certain to add momentum to a push to divest in fossil fuel stocks that emerged three years ago on college campuses. The Church of England announced last month that it would drop companies involved with coal or oil sands from its $14 billion investment fund, and the French insurer AXA said it would cut some $560 million in coal-related investments from its portfolio.

There is no question that the decision by various funds to sell fossil fuel stocks has little or no impact on the vast market capitalization of most companies. For that reason, the divestment movement has long been dismissed by many institutions, especially oil companies, as symbolic.

But divestment decisions from funds like Norway’s are important because they require, as a first step, discussions that once seemed taboo, said Bob Massie, a longtime climate activist and a founder of the Investor Network on Climate Risk, an organization of institutional investors affiliated with the business environmental group Ceres.

“It lays the groundwork for the transformation of cultural and political views in a major topic that people would rather avoid,” he said. “This requires people to say, ‘What are we going to do? What are our choices? What do we believe in?’ ”

Mr. Massie, who was deeply involved during the 1980s in the South African divestment movement and who wrote a well-regarded history of it, said that in both cases, “There’s a mysterious process by which an ‘unthinkable, ridiculous’ proposition becomes ‘possible.’ ”

Divesting from the economically battered coal industry is a more selective move than a broad action against all fossil fuels, of course. But Jamie Henn, a co-founder of 350.org, a group that has promoted divestment, said that coal was the most environmentally damaging fossil fuel, and that the various divestment decisions “send a clear political signal that we think will hasten the industry’s inevitable decline — and push governments to take broader action.”

Marthe Skaar, a spokeswoman for Norges Bank Investment Management, which manages the huge Norwegian fund, said its goal was “safeguarding and building financial wealth for future generations in Norway.” Its reasons for divesting include “long-established climate-change risk-management expectations,” she said.

The fund’s 30 percent threshold for divestment applies to whether a company’s business is based on coal, as in mining companies, or the percentage of its revenue that comes from coal. The second category would include power companies that burn coal.

Norway’s decision underscores its ambivalence about fossil fuels. The fund itself is nicknamed the “oil fund” because its wealth comes from the nation’s oil and gas revenues. But proponents of the move say that it helps prevent Norway from compounding the environmental damage that its own production causes by investing in environmentally destructive companies.

Truls Gulowsen, the head of Greenpeace Norway, called his country’s decision “a great first step” that showed his nation now understood that it was “nonsense to use oil money to invest in coal.” Now the nation must further understand “the nonsense of investing oil money in more oil,” he added.

Svein Flatten, a member of Parliament from the Conservative Party, said that lawmakers acted because investments in coal companies have “both financial risks and climate risks.” He added, however, that this was not a step toward any other action. “The fund shall not be, and they really are not, a tool for political purposes,” he said.

Many institutions have pushed back against the divestment movement. Drew Gilpin Faust, the president of Harvard, has stated that while climate change is an important issue, the university can address it through research, education and its own practices, and that dropping fossil fuel investments is not “warranted or wise.” The endowment, she has said, should not be used “to impel social or political change.” Middlebury College, where 350.org founder Bill McKibben teaches, has also resisted student pressure to divest.

David W. Oxtoby, the president of Pomona College in California, opposes divestment. He said in an interview that schools and institutions that announce divestment decisions often do so in symbolic moves with no real sacrifice or change of policy.

“We actually don’t have any investments in coal, but to make an announcement of that type didn’t seem terribly useful,” he said. Dr. Oxtoby, a climate researcher, called the divestment activism a distraction from efforts that could bring about real change, such as getting government to tax oil and gas to reduce consumption.

Norway’s decision, Dr. Oxtoby said, is similarly symbolic — especially when compared with the kind of commitment that might involve leaving significant portions of the nation’s oil and gas reserves untapped.

The business trends that have made coal an undesirable investment will ultimately humble oil and gas companies as well, Mr. Massie said. He cited research that suggests averting some of the worst outcomes of climate change will require leaving much of today’s fuel reserves unburned. This means companies with large fossil-fuel reserves could be forced to leave them in the ground.

Those “stranded assets,” he argued, will be a financial burden on the companies. The oil industry has roundly rejected the stranded-asset hypothesis, however.

Those who resist calls for divestment often say they prefer to pursue a strategy of engagement with fossil fuel companies, which means using their influence as investors to encourage companies to alter their policies.

“The choice of whether to divest or not is good,” said Geeta B. Aiyer, the founder of Boston Common Asset Management, an investment firm with a focus on sustainability, “but it’s only the beginning.” She said that engaging with companies across the board could help bring about a future with lower levels of carbon emissions.

Mr. Massie said he was skeptical that working with the oil industry companies would lead to any major changes in their strategy or policies. “The results are not likely to be substantial,” he said. “And we have run out of time.”

Bevis Longstreth, a former commissioner of the Securities and Exchange Commission under President Ronald Reagan who has become a divestment activist, said that the most compelling part of Norway’s decision was dropping stocks of companies that burn a significant amount of coal. That, he said, is “a really big deal” that could push companies to shift the mixture of their power generation.

He added that his participation in the divestment fight might seem odd given that he was rooted for so long in the financial establishment.